Over the past few years, Perth escorts and the mining boom in Western Australia have been BIG news! Every few months news headlines targeting Sex Work and FIFO (Fly-in-Fly-Out) workers pop up in our newsfeeds. Reports and articles link them together to generate shock factor, in a bid to shame and blame for the sake of entertainment. Readers click on to them and so, they soak up the array of misinformation and misrepresented ideas.

A youtuber from America felt intrigued enough after reading an article about the mining boom and made a video discussing the topic!

We want to be shocked and horrified because it entertains us. Right? Catchy headlines with words like “Fear” and “Dark side”  deliberately invoke an emotional response. Hence, maintaining negative attitudes and stereotypes towards sex work.

Also, FIFO workers seemed to be news worthy quite regularly with articles discussing suicide rates, drug use, divorce rates and the sex lives of miners. One story that comes to mind, featured here by J.P Elliot reports about a 40 year old FIFO worker, Mr Anderson. The worker, was staying in East Perth with work mates and unknowingly booked his wife through an escort agency. The article discusses how the miner had no idea that his wife of 8 years had been working as an escort and that he didn’t know why she needed to do it stating “Lord knows we don’t need the money.” According to the article, Mr Anderson said his supervisor is “a notorious grub and a total fucking pig with no respect for women.”

Some renowned brothels openly commented about the effects the mining boom was having on business. However, throughout the news stories, the positive impact of the sex industry is downplayed with little diversity in representation. Perth escorts and the mining industry being linked in the news does not lead to positive conversation.  One look at the comments underneath these articles will attest to that! Positive discussion is not happening because there is little understanding of the sex industry and the role it plays in our society.

Further Reading:
Fears As Sex Workers Cash In On The New Mining Boom

Sex Sells: The Rise Of The Working Girl

The Dark Side Of The Mining Boom

Mining, Sex Work and STIs: Why Force a Connection 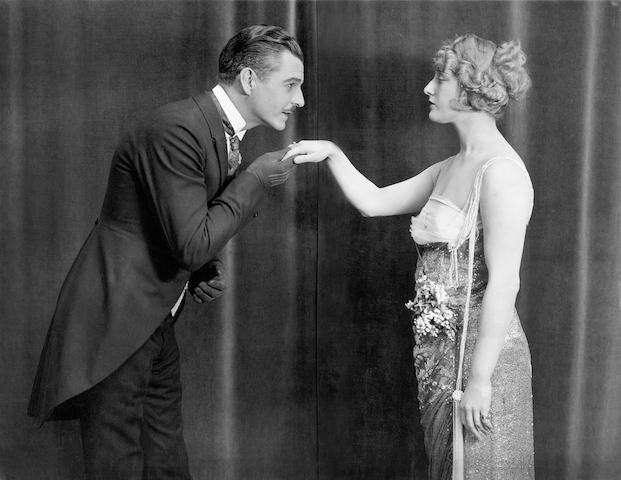 Being a good client will bring endless pleasures as it allows for a mutually respectful transaction of services and genuinely good time. We value our clients at Ada Rose offering bespoke service and old fashioned gentlemanly treatment at every visit. When you are new to seeing an escort though, you might feel awkward or not know what is expected or appreciated. While we don’t have the same expectations of flowers, chocolates or other gifts, here’s a few pointers on behaving well so we can help you behave naughty!

Our prices are listed on our website and clearly outline what is expected to be included for your booking. Ada Rose offers high quality services for you to enjoy for a very reasonable cost. Haggling the price with reception gives a bad impression of how you might behave in the room with our lovely escort. Haggling behaviour could make them feel uncomfortable, undervalued or like their boundaries will not be respected. Consequentially, nobody will be having a good time. Being a good client at Ada Rose and accepting the set fees as listed will ensure that taking care of payment will be smooth and hassle free. We appreciate the time and value that clients put in to coming to see us and in return offer premium services like no where else.

Making an appointment with an escort is as time valuable as making any kind of appointment. A good client will let us know so we can make arrangements to move your appointment if needed. We will be able to accommodate you more professionally when you are on time or if you can let us know if you are running late. There is nothing worse than getting sexy and hot for the client not show up at all.

Our escorts take pride it keeping themselves looking sensational and nothing short of a walking heart attack. This way  you can be guaranteed to have your fantasies come alive. Showering before you booking will make it more enjoyable for both of you. A lady knows that she can give the best service on a clean canvas.

It’s easy to get carried away in the heat of the moment and let your dirty talk freak flag fly. However there is a difference between saying something that is sexy or hot to hear and saying something offensive. Our escorts are providing you with a service in companionship and desire and deserve respect as do you, the client.  A good client will show as much respect and appreciation for the escorts time and service as they themselves expect in return.

And finally, everybody has limits to what they enjoy and what they don’t. Having a good time in the bedroom is as much about what moves you’ve got as it is listening to your sexual partner. A good client understands this and will make sure to listen and be listened to. Pressuring an escort to perform natural services or extend the time will only make for an uneasy time that won’t result in a happy ending! Nobody wants that!